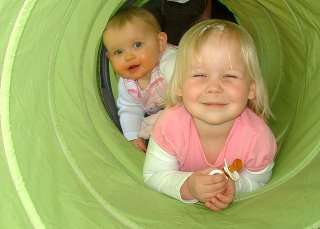 Image burned into my retinas

I fired the decorator. She re did the entire blog - but it was too dark for my liking, and I'm not paying her either.

I felt like reading the light-colored text on the dark background burned the words into my retinas. I know you felt the same way - thanks for not making me feel bad about it.
No comments: Links to this post
Email ThisBlogThis!Share to TwitterShare to FacebookShare to Pinterest

Saw a commercial for this today, and thought it looked really intriguing! Could go either way - with all the reality shows out there.

I also loved The Mole, so what the hell do I know?

"In a dramatic new television experiment, a diverse group of nine strangers are locked in a bunker, where they’ll remain until they decide who is worthy of a 1.5-million-dollar cash prize.

There is a catch, though, because the longer it takes to make a unanimous decision, the less money there will be to win. If they take too long, they will be left with nothing.

Upon entering their isolated living quarters, the nine contestants are cut off from the outside world, locked away, and presented the opportunity to win $1.5 million. The only thing standing between them and the money is a simple vote. If they are able to come to a unanimous decision about who should win the money, the game is over. If the outcome of the vote is not unanimous, the money clock is activated and the cash prize begins its countdown with potentially thousands of dollars lost every hour until the next voting period.

In every episode, each of the nine contestants, who include a minister, an atheist, a ladies’ man and a feminist, must convince the others to vote only for him or her. Before the vote, personal facts, secrets and lies are revealed, perhaps helping them decide who should receive the money. As the game progresses, contestants will be eliminated from winning the cash prize, but – in a television first – they will continue to live in the bunker and will continue to vote.

Will contestants’ greed for the money outweigh their desire to help someone potentially less fortunate than themselves? Who will lie and connive, and who will be truthful and sincere? No matter what, the final vote must be UNAN1MOUS."