Kaelling - Danish: a woman who stands on her doorstep yelling obscenities at her kids.

Pesamenteiro - Portuguese: one who joins groups of mourners at the home of a dead person, apparently to offer condolences but in reality is just there for the refreshments.

Okuri-OKAMI - Japanese: literally a "see-you-home-wolf". A man who feigns thoughtfulness by offering to see a girl home only to try to molest her once he gets in the door.

Jayus - Indonesian: someone who tells a joke so unfunny you can't help laughing.

Spesenritter - German: a person who shows off by paying the bill on the firm's money, literally "an expense knight".

Kanjus Makkhicus - Hindi: a person so miserly that if a fly falls into his cup of tea, he'll fish it out and suck it dry before throwing it away.

Giri-GIRI - Hawaiian pidgin: the place where two or three hairs stick up, no matter what.

Tartle - Scottish: to hesitate when you are introducing someone whose name you can't quite remember.

Vovohe Tahtsenaotse - Cheyenne, US: to prepare the mouth before speaking by moving or licking one's lips.

Prozvonit - Czech and Slovak: to call someone's mobile from your own to leave your number in their memory without them picking it up.

Hira Hira - Japanese: the feeling you get when you walk into a dark and decrepit old house in the middle of the night.

Koi No Yokan - Japanese: a sense on first meeting someone that it is going to evolve into love.

Cafune - Brazilian Portuguese: the tender running of one's fingers through the hair of one's mate.

Gadrii Nombor Shulen Jongu - Tibetan: giving an answer that is unrelated to the question, literally "to give a green answer to a blue question".

Poronkusema - Finnish: the distance equal to how far a reindeer can travel without a comfort break.

Gamadj - Obibway, North America: dancing with a scalp in one's hands, in order to receive presents.

Baling - Manobo, Philippines: the action of a woman who, when she wants to marry a man, goes to his house and refuses to leave until marriage is agreed upon.

Dona - Yamana, Chile: to take lice from a person's head and squash between one's teeth.

Pisan Zapra - Malay: the time needed to eat a banana.

Layogenic - Tagalog, Philippines: a person who is only goodlooking from a distance.

Rhwe - South Africa: to sleep on the floor without a mat while drunk and naked.

Shvitzer - Yiddish: someone who sweats a lot, especially a nervous seducer.

Gattara - Italian: a woman, often old and lonely, who devotes herself to stray cats.

Creerse La Ultima Coca-COLA EN EL DESIERTO - Central American Spanish: to have a very high opinion of oneself, literally to "think one is the last Coca-Cola in the desert".

Tener Una Cara De Telefono Ocupado - Puerto Rican Spanish: to be angry, literally "to have a face like a busy telephone".

Vai A Fava - Portuguese: get lost, literally "go to the fava bean".

Rombhoru - Bengali: a woman having thighs as shapely as banana trees.

Snyavshi Shtany, PO VOLOSAM NE GLADYAT - Russian: once you've taken off your pants it's too late to look at your hair.

Just the two of me 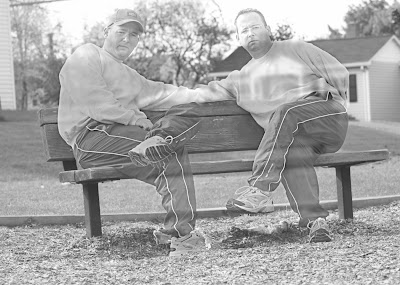 Taken at the Forks Elementary School as the girls played. We just chatted a while then went about our way.
1 comment: Links to this post
Email ThisBlogThis!Share to TwitterShare to FacebookShare to Pinterest

Enough about me, here's more

I was tagged. Here goes.

4 films I could watch over and over:
-Top Gun
-Shawshank Redemption
-Three Amigos
-Matrix

4 names I love but couldn't call my children:
-Danny
-Shayne
-Aiden
-Padraig
(all because I have girls)
1 comment: Links to this post
Email ThisBlogThis!Share to TwitterShare to FacebookShare to Pinterest
Newer Posts Older Posts Home
Subscribe to: Posts (Atom)