7 Traits Sales Managers Should Hire For – But Don’t 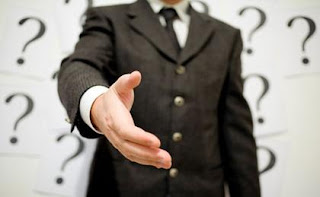 In case you haven’t read the 2003 book by Michael Lewis or haven’t seen the 2011 movie starring Brad Pitt, the plot goes like this: Brad Pitt (Billy Beane) and Jonah Hill (Peter Brand) are the GM and assistant GM of the 2002 Oakland Athletic baseball team who are attempting to build a World Series team after 3 of their top superstars are recruited away to bigger markets for significantly higher salaries.
Billy and Peter are faced with a problem:  Their available salary pool ranked 28th out of 30 teams in MLB that year and they were trying to replace superstars – not easy to do with little cash.  To give you an idea, compared to the Yankees - who spent $125 million that season – the cash strapped A’s paid a poultry $41 million in total salary.

Billy, with the help and direction of Peter who has a degree in economics from Yale, begin to look at the problem differently.  Rather than hire already proven and well known stars, they would attempt to build a team utilizing metrics and statistics that weren’t highly ranked by other MLB organizations.  Peter, with his economics background, believed that traditionally used statistics were nowhere near as important as on base percentage and slugging percentage.   Since these stats along weren’t highly regarded – the players they recruited ended up being less costly.
After the team is built, the A’s get off to a rocky start but then the A’s go on an unprecedented 20 game winning streak silencing their critics, filling the ballpark with paying customers, and making it all the way to the playoffs in the next year following their 3 player loss.

It’s valuable to remind yourself that as a sales manager, essentially, you count up the results while your team delivers them.  They have your family, your home, your  401(k), your future, and your professional success in their hands.  In other words, your sales representatives feed you, quite literally.  Control freaks need not apply.

Considering that people are your product and there will always be an element of turnover in any sales position - finding, interviewing, and hiring the right people is the most important role you play in your organization.  Yes, training, coaching, and mentoring are all important – but they are a waste of time with the wrong person.

You can’t always source your own candidates, so you should use a combination of external and internal recruiters to find someone worth spending time talking with.  Sales recruiters, just like baseball recruiters, are looking for the big stats and telltale success signs, but aren’t placing enough value on the on base percentage or slugging percentage of the sales world.

Here are some traditional success signs sales recruiters are looking for:


You probably read this list and said “Those are important!”.  Of course they are, we’re still hiring for the major leagues, but you’re looking for traits in the people that you hire that will make them stand out amongst the crowd even more than other major leaguers and for those candidates who will be superstars, but aren’t yet.  These are the gems.

Here are my Moneyball success signs every sales manager should hire for:

There are, of course, many more success signs you can look for – but this is a good start.  Let’s take each of them and I’ll share in more detail why I look for each trait and how you can find it in your next interviewee.

1.       Fire and Passion
Seems simple right?  You’re in sales, you need to be a fired up person to go out there every day and deliver sales presentations!  You need to do it passionately, too right?  Yes, of course.  This is number one because it is not something you can learn – you have it or you don’t have it.  It is innate.

You know this person in your life – they go about things in a way that you admire, and you want to follow them just because of their positive approach to life.  Talking about a hobby or simply asking “what are you passionate about?” will get the conversation into the ballpark (pun intended)  You should walk away from an interview with a person who has fire and passion with a glow and a desire to follow them.

2.       Interesting to Talk with, Engaging
The simplest test for this trait is to ask yourself: “Is this someone who I would have over for dinner to your house next week?”

People who are interesting and engaging have a way about them, they easily and comfortably bring the other person into their conversation, discuss topics (meaning, not one sided), and find a way to talk about any subject in a manner that keeps you interested.

Time should fly in a good interview, and you shouldn’t have to be thinking about your next question – because the conversation flows so naturally.

3.       Innate Desire to Learn and to Teach what they’ve Learned
“Those that know, do. Those that understand, teach.” – Aristotle

This trait could be uncovered when talking about the candidate’s career history, a home project they did, a hobby, or a sales technique or product pitch they perfected. For example a sales consultant I recently hired worked as a medical device sales representative as his first sales job out of school.  While discussing the position, he shared with me that this was a small operation and that he was the first sales representative this company had ever hired.  There was no sales manager, no sales plan, no marketing material, basically zero support.  I was fascinated with how he approached his new job and he explained to me, in great detail his thought processes, his ideas, his execution of his plan, and how he did it all on his own.  He explained it to me like I was going to start the job tomorrow.

4.       Creative thinker
Perhaps you’ve seen that 1984 Apple commercial depicting a line of drone-like people marching as one while watching Big Brother say: “We shall prevail!” on a movie screen?  Then a brightly dressed female athlete carrying a large hammer smashes the screen and frees the drones while the announcer introduces Macintosh to the world.

There are a lot of drone-like sales people out there, going through the motions of finding their next job. My job is to find the next hammer thrower.  Creative thinkers are people who can explain why or how they made a decision outside of the 9 dots and back it up with a solid thought process.

A successful hiring manager once shared with me that he asks people to walk him through a large purchase that the person recently made.  Why did they pick this particular thing?  What research did they put into it? What was the thought process?  You’ll get a solid view into this person’s brain.

5.       Self-Motivated
Remember, control freaks need not apply to a sales manager position.  This is exactly why hiring a self-motivated individual is so important.  It is with rare occasion that someone without self-motivation is successful.

Motivation can be derived from many things such as providing for a family, desire for recognition, money or a want for expensive lifestyle, promotability, or competitiveness.
Any good sales rep when asked “What motivates you?” will say “Money!”  So don’t be fooled by the stock answer.

For example, I interviewed a candidate who owned his own mortgage company and asked why he was closing up and going back into corporate America?  His answer was “I’m not making enough money.” After a few more questions, I learned that he only needed a few more mortgages a month to make it work.  I uncovered that he makes zero cold calls.  Zero.  And he’s willing to change his entire life, close up his business, and come to work here – all before he makes a cold call.  Self-motivated?  Not.

7.       Stability
I measure stability through career history and length of positions held as well as learning the reason why someone left one job for another.  If a resume shows that a candidate was at their previous 3+ jobs for two years each, they better have an amazing story why or else I’m very concerned.

People who move from one job to another are either running from something or to something.  I’m looking for those running to something, and not just for gold rush – but for well thought out reasons.  Remember, this person could be an integral part of your team one day – you need to know if they are likely to leave just because a recruiter called them with an “amazing offer”.